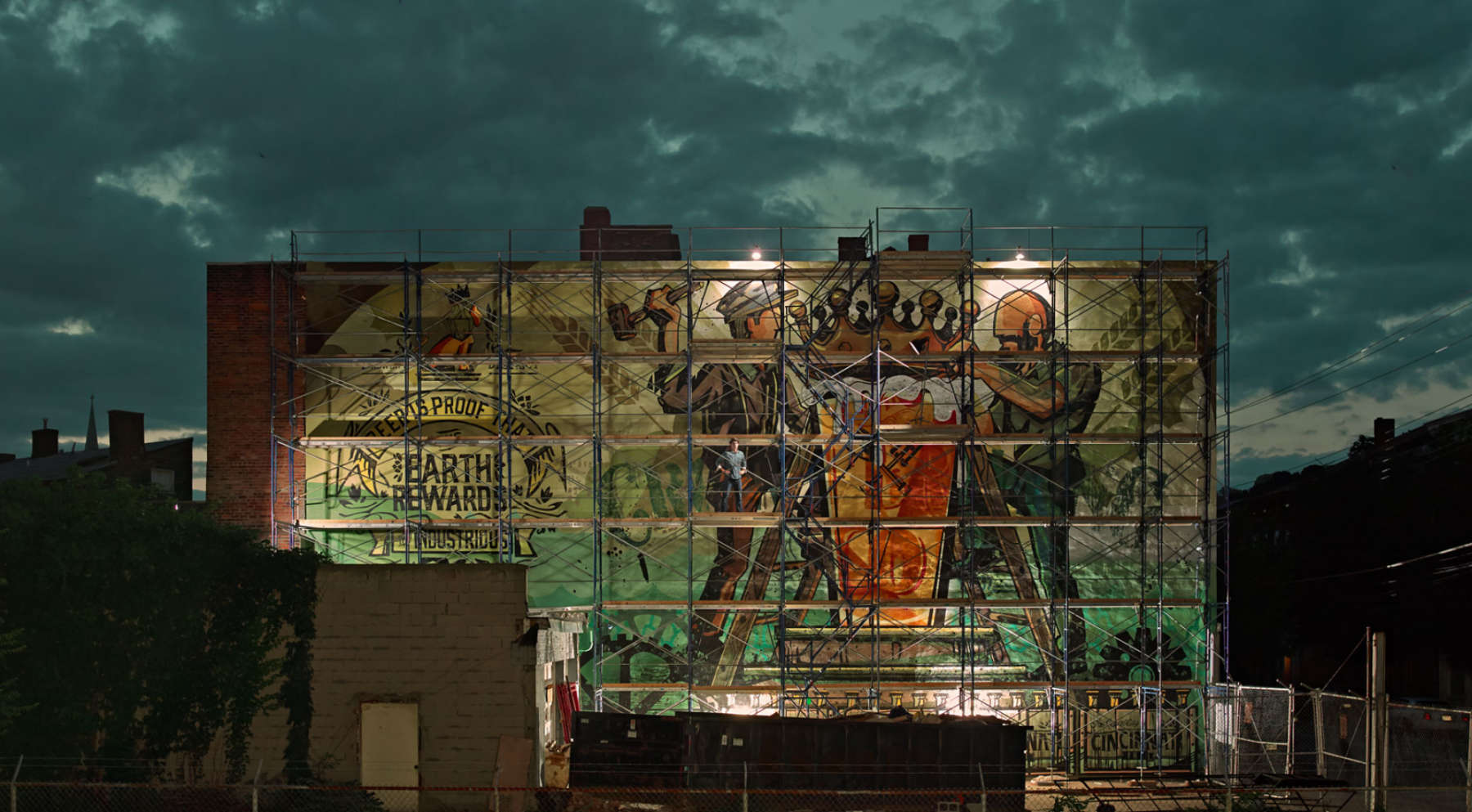 A five-story mural of brewery workers crowning a pint of beer adorns the historic Crown Brewing Company building in Over-the-Rhine. ArtWorks Cincinnati and the Brewery District Community Urban Redevelopment Corporation commissioned Keith Neltner to create this landmark to honor the city’s brewing past and present. Inspired by Cincinnati’s rich brewing history and undeniable resurgence, this mural celebrates the contribution beer-making has made to the development of our City and heralds its promise to the future of our region.