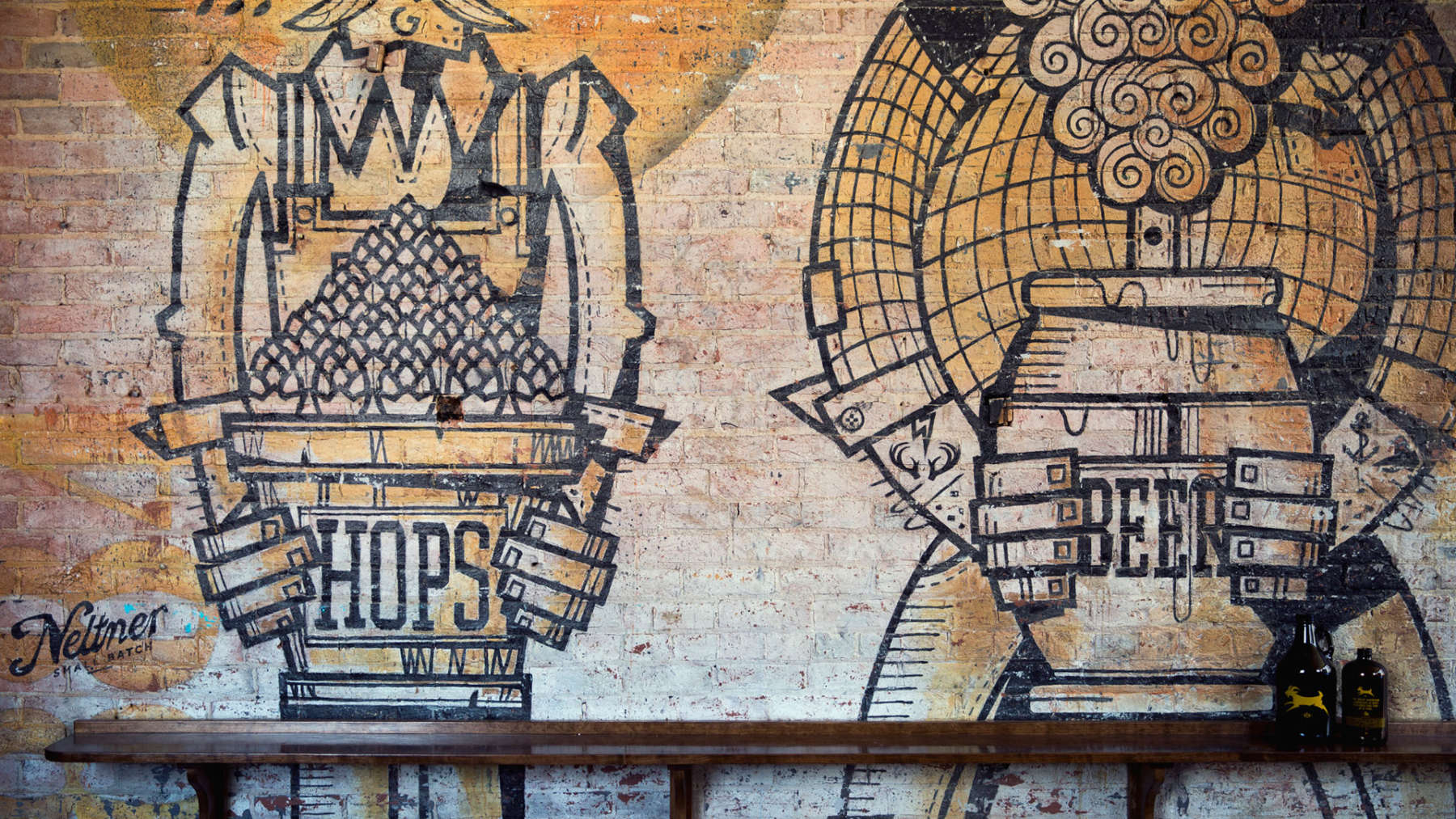 In June of 2013, a couple of young Cincinnati guys came to Neltner Small Batch with an incredible story. They had taken a trip across this beautiful country of ours, 6429 miles to be exact, seeing America as it really is. (Now that’s a trip.) And along the way, they sampled many of the fantastic beers they found in places big and small. Ultimately, an idea came to them: Could they create a venue back home where Cincinnatians could experience some of the rare and curious brews they discovered?

Neltner Small Batch developed the name, brand mark, tagline, apparel, and heavily influenced the interior, which is a mash-up of urban and mountain motifs. The Crown Jewel of the shop is a Keith Neltner 14’ x 24’ hand-painted mural showcasing the journey of beer from earth to glass. Beer, branding and art make for a pretty good day at work.