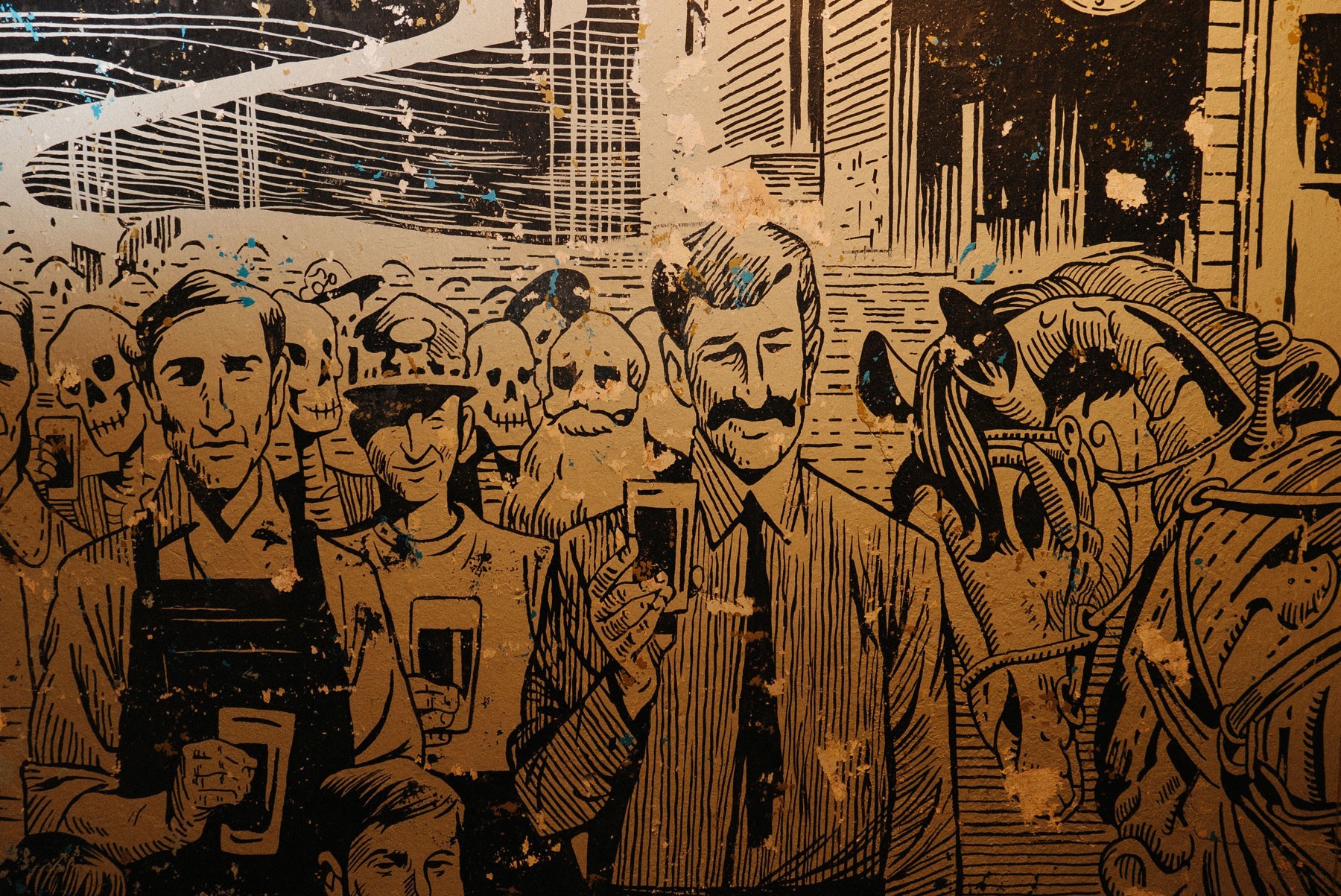 In 1865 St. Joseph Church was constructed on the highest ridge in the valley, and the people had a path to salvation. To build the church, bricks were made from clay dug near Four Mile Creek, and fired at nearly 2000 degrees in wood-fired kilns.
At the base of the hill beneath the church ridge, a shoe cobbler named Matthias Kremer built a small house from the same bricks. His home would be used as a dance hall, general store, and in the 1880s, a tavern. As it remains more than a century later.
These days, the Tavern is owned and operated by the Neltner family of Camp Springs. Meaning it’s a celebration of art, music, hand made craftsmanship, and, of course, good beer. And our promise is this: We will be true to those that preceded us. Our tavern will be dedicated to the honest, humble people that worked the land and built the community in this valley.